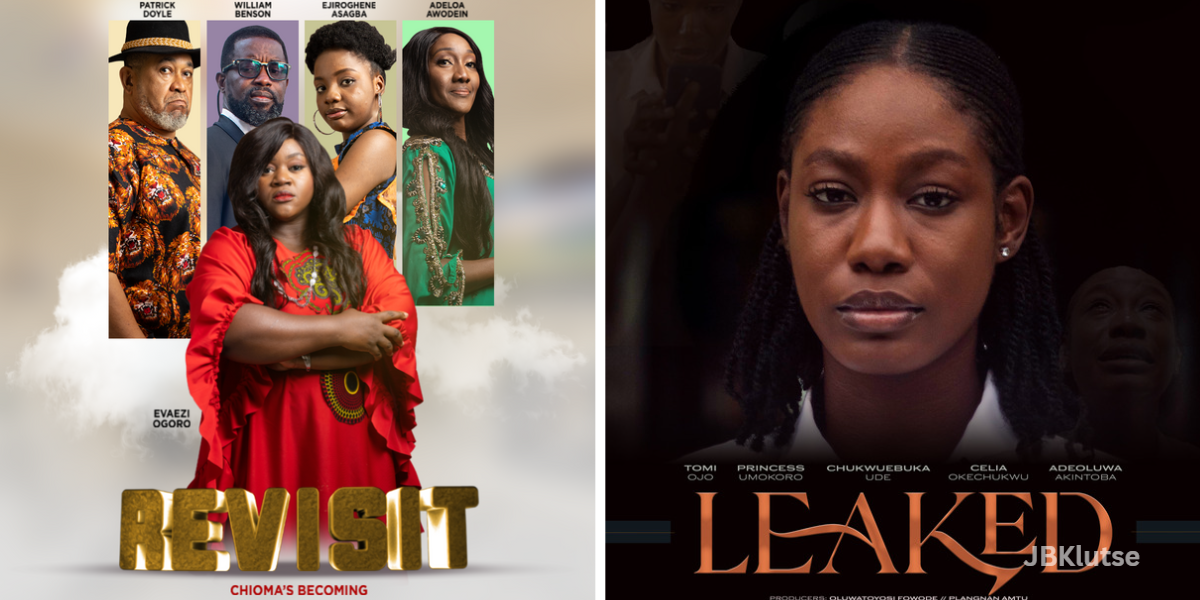 The goal of the Academy is to give aspiring filmmakers the skills and knowledge they need to succeed in the industry, and to help them tell stories that reflect the diversity and richness of Africa.

It’s an exciting time for the West African cohort of the MultiChoice Talent Factory’s (MTF) Class of 2022 as their feature films are set to take centre stage and premiere on the silver screen!

The original feature films, which are part of the academy’s curriculum, are a culmination of the skills and techniques that all 19 students per academy hub learned in the lead up to their graduation.

In West Africa, graduates from the Class of 2022 collaborated to create two feature films, namely Leaked and Revisit.

In Leaked, 17-year-old high school student Monife’s nudes are leaked by the new school blog, turning her world upside down. She is left to battle with the disastrous consequences, including public humiliation, betrayal, and a loss of privacy. This story is a cautionary tale of the dangers of sharing intimate photos, as Monife and her friends battle to track down the person responsible for writing the school blog and circulating her photos. Directed by Andrea Peregrino and Nicholas “Big Ghun” Nartey and produced by Oluwayoyosi Fowode and Plangnan Amtu, the film also stars Tomi Os.jo as Monife, Princess Umokoro as Tade, Chukwuebuka Ude as Moses and Celia Nmerichukwu Okechukwu as Nnena.

In Revisit, a middle-aged housewife struggles to live with a husband who forbids her from pursuing her dreams of becoming a chef. She chances upon her old lover, leading to old flames being rekindled and unanswered questions revisited. This experience makes her realise that it’s never too late to find herself or start again. She makes up her mind to pursue her newfound passion, damning what her husband thinks, and sets off on a new adventure on her own. Led by directors Horla Manuvor Jr and Eniayekan Hope and produced by Omowonuola

“The journey that each of these students undertook to create these feature films has been a crucial part of their preparation towards becoming skilled industry professionals. From conceptualisation to scriptwriting, production and finally postproduction, the films are an exciting culmination of their tenure at the Academy,” says MTF Director Nwabisa Matyumza.

The MTF Academy is providing aspiring film and television professionals with the opportunity to learn from some of the best in the business and to develop their own skills and talents.

The academy is a unique institution that combines theoretical knowledge with practical experience to benefit aspiring filmmakers and television professionals.

The 12-month immersion program offers theory and hands-on experience in cinematography, editing, audio production, and storytelling in three regions and 13 countries across Africa. The Academy is the first of its kind on the African continent, and its approach is highly beneficial for those who wish to pursue a career in film or television.

“This is undoubtedly a proud moment for both the students and all those involved in the MTF Academy. Shared-value initiatives such as MTF play an important role in nurturing and sharpening African talent, and as a continent we’re certainly much richer for it,” says Nigeria Academy Director Atinuke Babatunde.

In order to help realise this potential, MultiChoice is dedicated to playing a key role in growing Africa’s creative industries into vibrant economic hubs. This not only benefits the individuals and communities involved, but also helps to contribute to the overall socio-economic development of the continent.